He calls himself a gardener-gangster. His weapon is a simple shovel. He helps the poor and successfully fights against the local administration. But he isn’t a superhero from the comics. He is Ron Finley, an ordinary resident of the City of Angels.

In order to keep the city fed containers with food travel distances of hundreds, or even thousands of kilometers. For this to happen, millions of tons of fuel are burned, and the producers go to any lengths to increase the shelf-life and extend the expiry date of products. "What if the products could be grown right inside the city?" – Ron Finley thought ... He thought and began to act! In 2010 he created a garden right in front of his house to grow healthy food which was previously not available to him. Soon his initiative attracted the attention of the City Council of Los Angeles, which considered it to be a violation of the law. As a result of the conflict and the ensuing public campaign against the city, Ron Finley became famous as a renegade gardener of Southern California. This was how he laid the foundation for a large project to create gardens for growing healthy food directly on city alleys and boulevards. Today Ron Finley answers our questions. 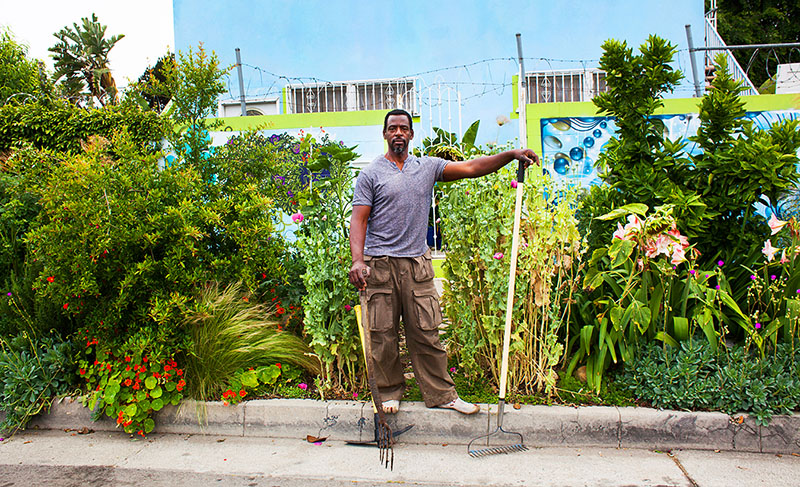 – Ron, tell me how it all started – why did you decide to grow food?

I live in an area that is completely devoid of healthy food and suffers from a load of problems related to diet – high blood pressure, heart disease, diabetes, asthma, and cancer. Then the city planners decided to change the name of South Central to something more presentable, and renamed it South Los Angeles, but it didn’t solve any of the city’s problems? If you look around, first of all you will see nothing but liquor stores, fast food joints and vacant lots. It's the home of the drive-through and the drive-by.   You'd be surprised but the drive-through is killing more people than the drive-by. For instance, the obesity rate in my neighborhood is five times higher than, say, Beverly Hills, which is probably 10 miles away. Wheelchairs are bought and sold here like used cars. My roots are in South Central. I grew up there. I raised my sons there. So I refused to be affected by those conditions that were created for me by some other people, and instead I'm creating my own reality. And I was wondering, how would you feel if you had no access to healthy food? I got tired of driving a 45 minute round trip to get an apple that wasn't impregnated with pesticides. I just got too tired of this. So I figured that the problem is also the solution. Food is the problem and food is the solution. And then I planted a food forest in front of my house. It was on a strip of land that separates the sidewalk from the road. It's 150 feet by 10 feet. So the idea was not only to grow food myself but also to beautify your neighborhood, to show others that they can grow their own food on the virtually unused land.

– So gardening for you is not just for sustenance?

You see, I'm an artist. Gardening is my graffiti. Just like a graffiti artist, where they beautify walls, I make beautiful lawns. I use the garden, the soil, like it's a piece of cloth, and the plants and the trees like they’re my embellishments for that cloth. For me aesthetics, different kinds of colors, different smells and textures are important. I don’t plant anything in rows, because in nature nothing is linear.

When people see any of my gardens, they become attracted to them. They say they don’t see any hummingbirds or butterflies in the neighborhood, so I try to explain that if you build an ecosystem for them, they will come. This place will become a reserve for them.

You'd be surprised by the effect from the land that is constructively used. My garden has become a tool for education, a tool for the transformation of my neighborhood. Gardening is the most therapeutic and defiant act you can do, especially in a city. Plus you can eat strawberries, for example. 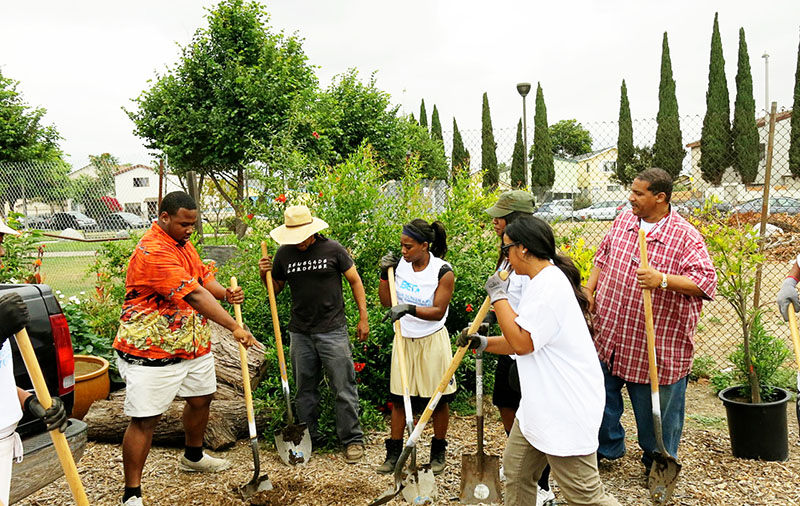 – How did other people react to your initiative?

Me and several people got together and started planting the food forest, fruit trees and vegetables near our houses. We help to create gardens for all who dared to take their health into their own hands. We work on a voluntary basis and our group is composed of gardeners from all over the city, working for free.

I remember one evening a mother and daughter were in my garden. I came out to see them, and they looked so ashamed. However I felt bad about the fact that they had to be there. But I said that the garden was on the street for a reason and it made me feel ashamed to see people that lived so close to me who were so hungry, and this only reinforced my reasoning why I do this.

People asked me, "Ron, aren't you afraid people are going to steal your food?" And I answered: "No. That's why it's on the street. That's the whole idea. I want them to take it, but at the same time, I want them to take back responsibility for their health. I cannot eat all the food that is grown. It is impossible."

One of the gardens I started was at the rooming house for the homeless. They were working on the beds along with someone's mother or grandmother, and I was pleased to see how it has affected them, and they recognized the change was for the better.

– How did you come into conflict with the City Council?

Quite unexpectedly, the city administration gave me notice to remove my garden, based on the old law, under which only trees and lawn could grow in the alleys. By law, the land belongs to the city, but the residents must maintain it. But why can’t I plant a garden and do it my way if I still have to maintain the land?

Fortunately the media stood up for us and made ​​a movie about our group, we prepared a petition in defense of the garden, which collected a lot of signatures in our support. Because of this we were able to defend our right to garden. We were allowed to plant the gardens, provided that they satisfied public safety requirements and still allowed access for emergency vehicles and people opening the car door, etc. 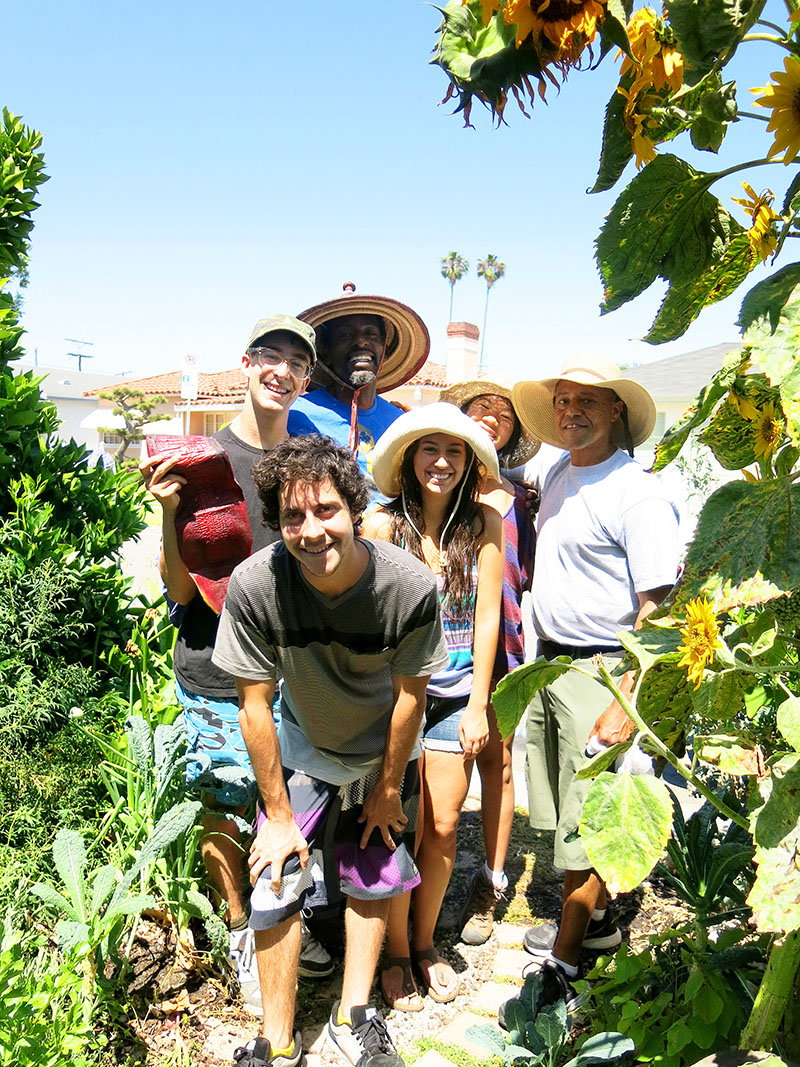 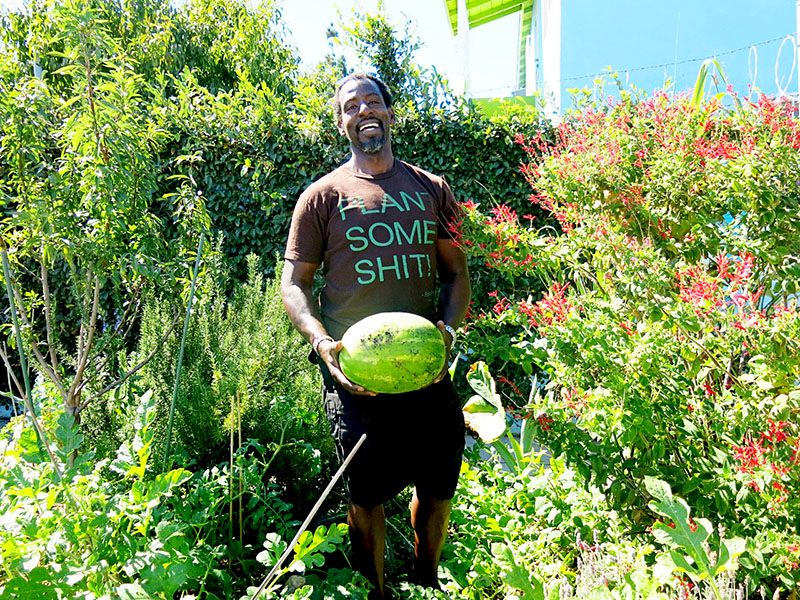 – Did you expect, at the very beginning, that the garden in front of your house will grow into such a large project?

Yes, originally I had intentions to show the idea of ​​changing the city from a food desert into a food forest for society, and now I have a desire to spread it to other parts of the world.

Food desert is an area devoid of any kind of organic, healthy and nutritious food. Here you can’t find a restaurant where you can sit and eat healthy, well-cooked food. You can walk for miles and not find anything that could be safely and happily eaten. It even looks like a food prison, because you are like a hostage in this established food system. Healthy food cannot be found, and the food that is available is slowly killing us.

– What is the main motivation for the project participants?

I guess that sufficient motivation is not to be in a wheelchair and end up taking life-long medication in future. That's what will happen if you keep eating just anything. We cannot save everyone, but there are people who want to preserve their health, and to live without those narcotic drugs prescribed by the doctors. I grew up eating junk food of unknown origin, and therefore I know exactly what I'm saying.

And to make people grow food, I tell them that growing one plant will give you 1 000, 10 000 seeds. One dollar spent on green beans will give you a 75 dollar harvest. Growing your own food is like printing your own money. L.A. leads the United States in vacant lots that the city actually owns. They own 26 square miles of vacant lots. That's enough space to plant 725 million tomato plants.  But people must understand that they need to spend some time to get a result. But besides the food, there are other benefits from such activities.

– What is the first question from those who want to follow in your footsteps?

They ask: "What should I start with?" And I say: "Start from the very beginning." They say: “Where is that?” I answer: "The start is where you start."

– How does your work affect the children?

To change the community, you have to change the composition of the soil. We are the soil as well as our kids. Children who grow cabbages, eat cabbage. When they grow tomatoes, they eat tomatoes. But when these are not available, when they haven’t been shown how food affects the mind and body, they will blindly eat whatever you offer them. However I look at the young guys and see their desire to work, but we are hostages to the situation where the future of the children, especially from non-white families, is decided for them, and this road leads to nowhere. So with gardening, I see an opportunity where we can teach these kids how to take over their communities, to have a sustainable life. And when we do this, who knows, maybe we might produce the next George Washington?

One day a young guy was passing through my garden. He was wearing headphones and listening to music. Then suddenly his attention was caught by a sunflower. He stopped and asked me: "What is this? Is it real? It's great!"

Remember! Nature always wins. Always. Ask the dinosaurs if you don’t believe me. 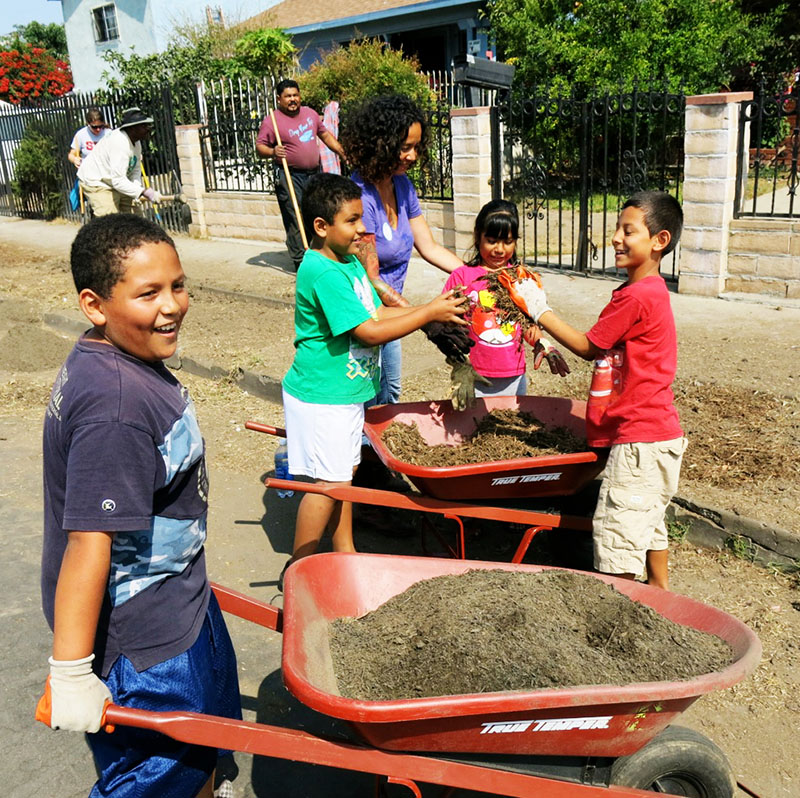 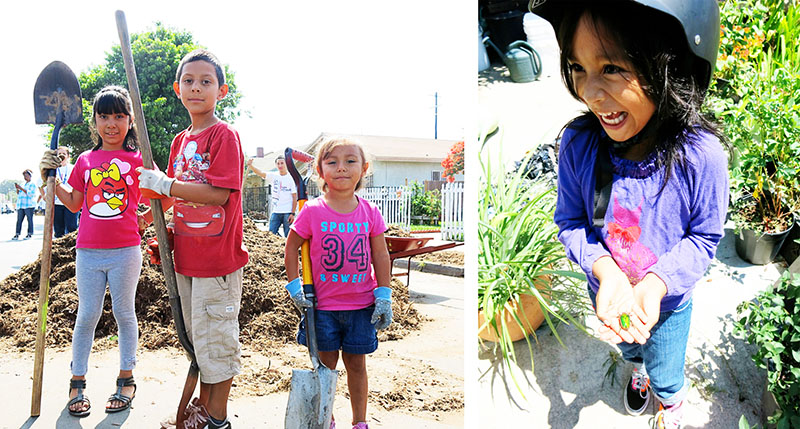 – What are your future plans?

I want to fill the whole block with gardens and to create a local food source. I am currently working on a cafe project, which will be connected with gardening and which will be an educational center. It will be a cafe where people cannot only eat healthy food, but also learn how to cook and grow food, or learn about renting a garden plot. This gardening oasis will create a lot of jobs for local residents and will become a self-sustaining ecosystem. I'm not talking about any free stuff, because free is not sustainable. The point of sustainable life is that you have to sustain it. We must make people work and get the kids off the street, let them know about the joy, the pride and the honor involved in growing your own food, or opening a farmer's market. This is the place where we will teach the children how to think, not what to think. We want to show people how to grow their own food and take their health into their own hands. Of course, there are some difficulties, because many industries don’t want us to be independent because they won’t make such a profit if we grow our own food.